Smart Engine's Lithium Polymer battery comes partially charged and the train is ready to play right out of the box. When the battery's charge level gets low, the top LED starts to slowly pulse in red. At this point, the engine may have only 5-10 minutes of play time remaining and the battery needs to be recharged. 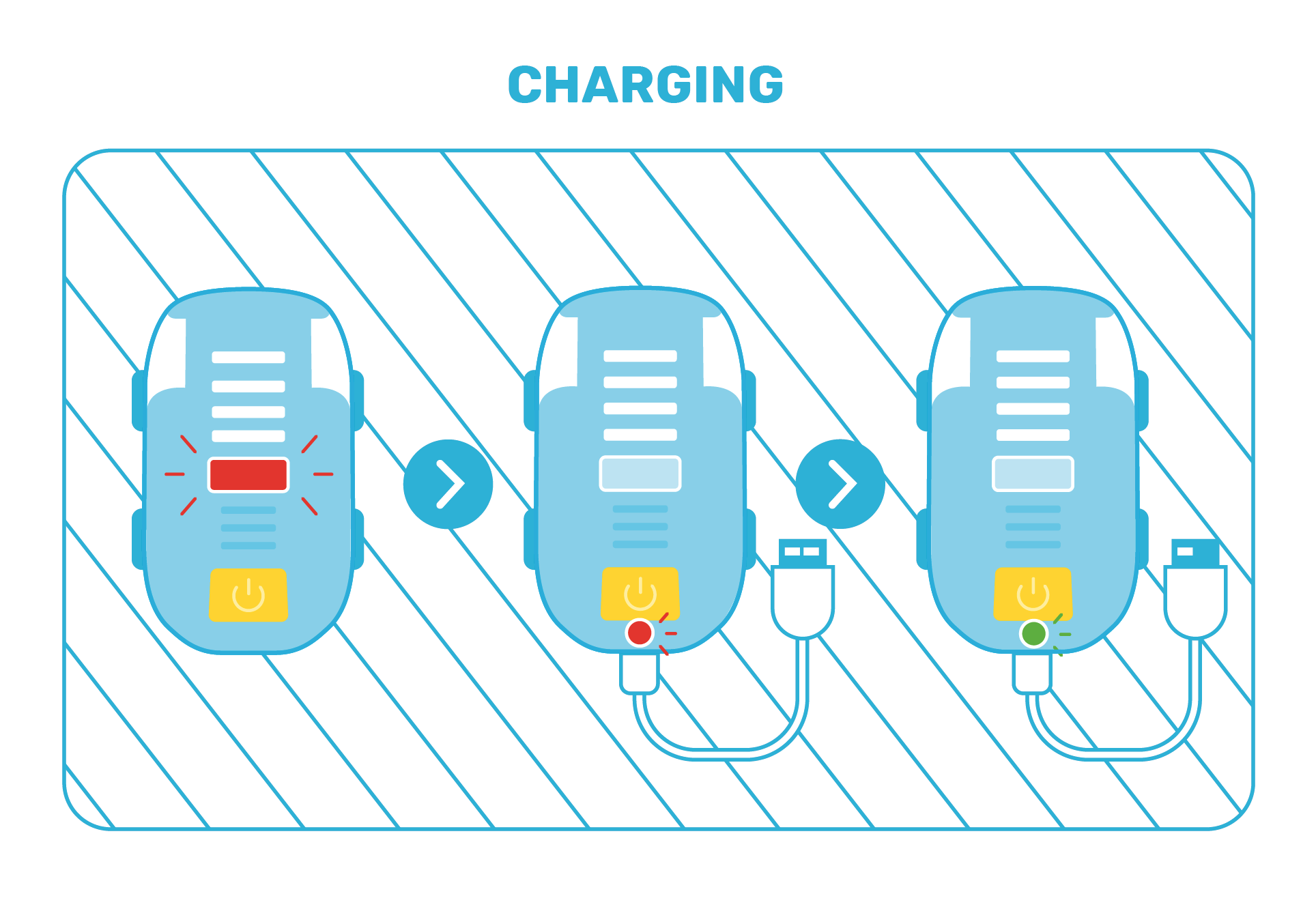 When the engine starts charging, the charger LED located just behind the Power Button will turn on and glow in red color. It will turn green when the battery is fully charged. Note that it takes about an hour to fully charge the battery from a completely empty state. The continuous play time on a single charge is typically 100+ minutes.