START DRIVING: To start driving, power on the engine and place it on the track. Then the give the train a rolling push and it will start moving on its! Here is how Push Start works: smart engine's movement sensor detects the manual push and turns on the motor. Alternatively, you can also start driving using Button Start - just quick press the Power Button to turn on the motor.

Push Start detects not only the movement but also the direction in which you're pushing the engine. So if you start rolling it backwards, the engine will sense that and continue moving backwards by itself. 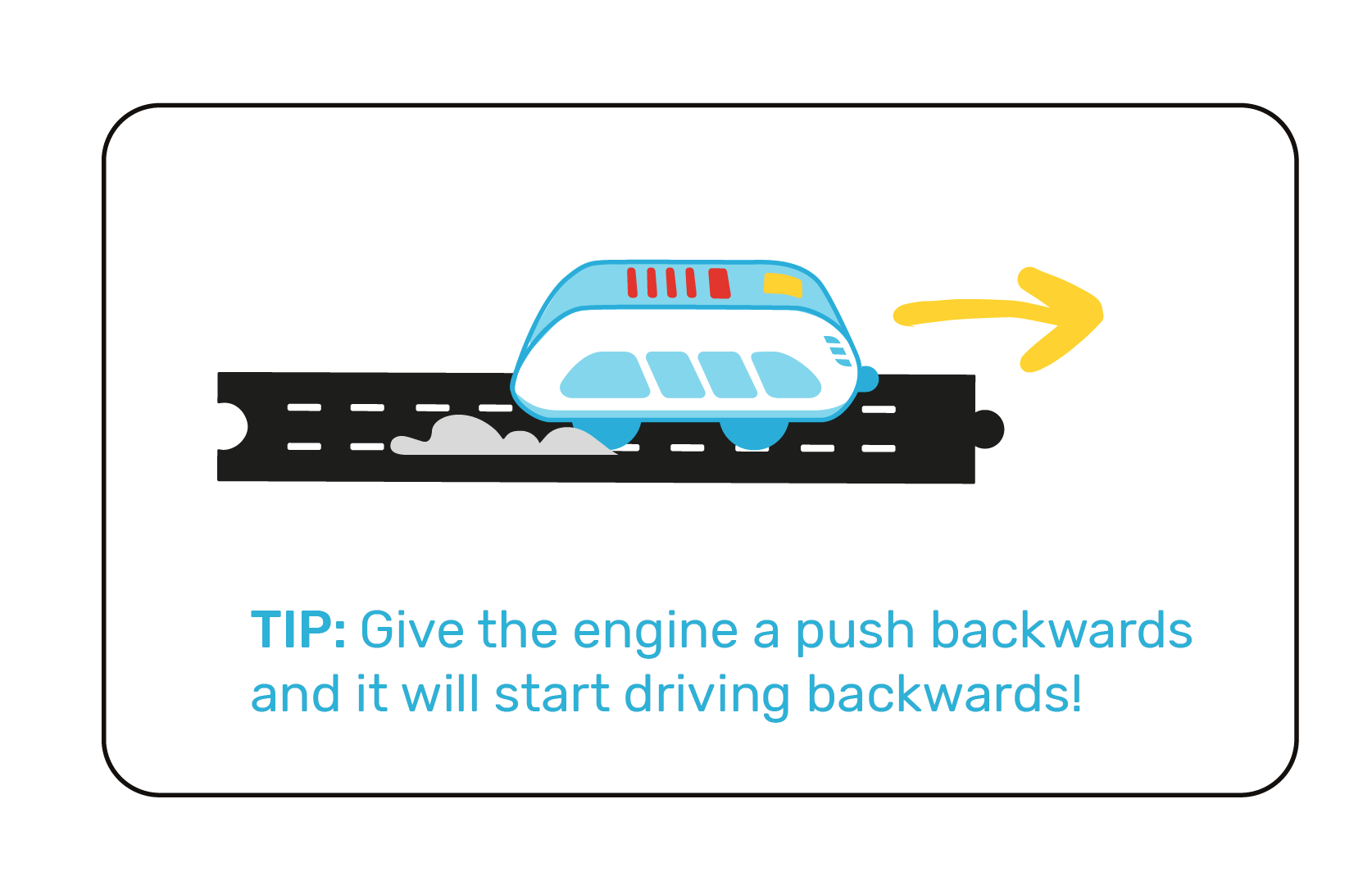 STOP DRIVING: To stop driving, quick press the Power Button and the motor will turn off.

The engine also has a Rollover Detection feature. If the train derails and rolls over, the engine's motor will turn off automatically.

Next Article: Charging the Battery

Previous Article: Powering the Engine On and Off