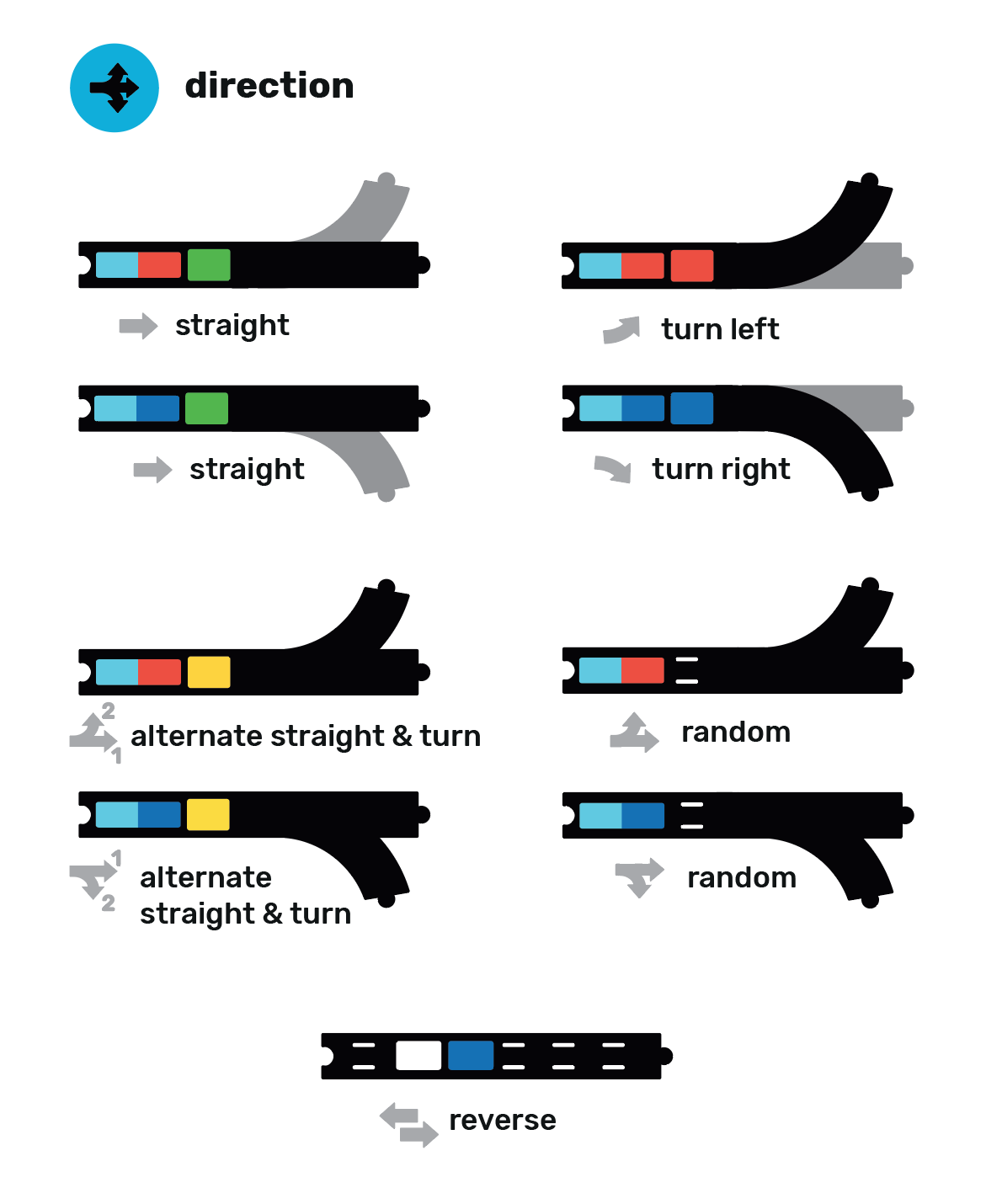 STEERING: The switch tracks (a.k.a. splits) have permanently built-in color commands to make themselves identifiable to the train. Note that they always start with the special light blue color which tells the engine that there is a track junction right ahead. The light blue is followed either by red or blue colors which tell the train about the type of switch track it is driving over (e.g. left-straight or straight-right).

ATTENTION: Do not try removing the color plates integrated into the switch tracks - those are meant to be attached permanently.

You will notice that there is a single empty slot available in the switch track following the permanently placed colors. If you leave this slot empty, the smart engine will decide where to go at the on its own (based on a random choice). Or you can add a color snap to this slot to tell the engine where you want it to go. Green will make it go straight, red will make it steer left and blue will steer it right. Yellow snap will alternate the steering decision between going straight and turning. If you place any other snap color into this slot, it will be ignored by the train.

REVERSING DIRECTION: You can make the train reverse its movement direction by placing the white | blue color sequence anywhere on the track.

TIP: The engine can drive and steer in both forward and backward directions. But if you make the train go backwards while it has a wagon(s) attached, it may more easily derail (or lose the attached wagon(s)) while going backwards through the switches. The reason is that the wagons are not able to controllably steer when they are being pushed instead of being pulled.